Startseite » Aktuelles » Allgemein » How to Learn from a Global Life

Global Cosmopolitans adapt to new situations so seamlessly they often don’t realise how they did it. Learning from your global life can help you define a creative edge of difference from your international experiences. 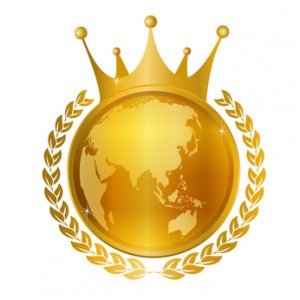 Liv has a Swedish father and an Indian mother. She grew up in Kenya. She says she can pass for a Moroccan, Indian or even a member of the Shawnee Native American tribe. With mastery of four languages, she fits easily into many cultures. Schooled in Sweden and Switzerland, she has since worked in hotel management in the United States, Switzerland, Sweden, Myanmar, Thailand, Morocco and Bali.

It would be easy, but wrong to assume that Liv’s languages and cross-cultural knowledge explain her success in the tourism industry. Certainly they play a role, but Liv’s skill is understanding people. This comes from her genuine curiosity and soft, approachable style that have gained her trust and respect wherever she has lived. She has the ability to observe and relate to the world around her.

Moving to a new culture requires adaptation to new values, attitudes and behaviours. An adaptive capacity is needed for meeting the challenges of a global life. When Global Cosmopolitans talk about new situations, they often adapt so seamlessly that they can’t describe how it happened, but Liv’s story gives us an indication of how to define, but also appreciate your mosaic of diverse experiences and use the skills you may not know you have.

Global Cosmopolitans develop characteristics resembling what social psychologists and psychologists refer to as high adaptive capacity. They go beyond just knowing how to learn in uncertain environments and combining knowledge in creative ways; they actually create opportunities for reinvention so that they can thrive in their new circumstances.

Miki, who is Japanese, moved to Italy when she was 13, but having returned to work in Japan for a German company, she found herself adopting two different personas. “When I had something to say to one of the (Japanese) managers, I had to first knock on their door and act as if I was too shy to open it. If I acted the same way with my American GM, he would either get angry or would ask me what I did wrong,” she says. Miki adds that adapting to a new location is “almost like a sport that I play by reflex rather than by thoughtful process.”

Such relational challenges are always taking place for Global Cosmopolitans. Therefore, it is essential to make quick connections and avoid social isolation and frustration. The ability to deal with multiple and diverse people and problems is a significant skill.

As a teenager, Liv worked in Stockholm as a luxury hotel maid and in Geneva as a waitress at a hospital restaurant. She worked alongside Chilean political refugees who had been professionals, such as doctors and teachers, back home. She has learned not to assume and she applies an open-minded approach to all her staff, asking them how they plan to grow.

Constant change is not easy. Global Cosmopolitans often express ambivalence about losing what they have worked hard to build. They miss their friends, food and places. Such change, however, is passive, it happens to you. But a fluid approach that welcomes change calls up powerful internal forces from a person’s own values, background and depth of experience. This can make change active, something that happens for you, which helps Global Cosmopolitans seek out more opportunities for development.

Discomforts and mistakes along the way should be framed as learning opportunities. If they become feelings of regret and an aversion to future movement, change becomes increasingly threatening.

It is equally important to help others accept the change. When someone makes a significant departure from their current situation, friends and family only ‘knew’ them in a previous context.

The change may alter their availability or present new and unfamiliar behaviours. Helping significant others manage the loss of the person they knew and the acceptance of a new persona is an important task that can keep relationships from becoming obstacles to future growth.

To accomplish integration into a foreign country, Global Cosmopolitans need to be keenly aware not just of what they know but also of what they don’t know and need to find out.

Their cultural competence has to be a blend of cultural knowledge and skills with highly developed self-awareness. A careful observation of other people allows Global Cosmopolitans to see the world from another person’s perspective and suspend judgment, opening the way for clear dialogue.

Feeling comfortable with the uncertainty of knowing that they don’t know allows Global Cosmopolitans to excel at finding out. This capacity is a fundamental business skill and a crucial asset to companies seeking opportunities in times of crisis.

Joining multiple pieces of information together is difficult, especially for Global Cosmopolitans, who have another dimension of complexity to process. Highly creative approaches to flexible and original thinking can be beneficial, using what Rosabeth Moss Kanter calls “kaleidoscope thinking skills”. A kaleidoscope can produce very different patterns when the same coloured bits inside are shaken up. The same image, she says, applies to perception; “often it’s not reality that’s fixed; it’s our perspective of reality. Creativity and innovation come when we can shake up our thinking and challenge conventional patterns.”

When Liv looks at her life that way, with each move, she knows that she must give the kaleidoscope a turn so that she can see her life from a different perspective and look at the pieces from different angles.

The key components for the development of your global skillset; the adaptive capacity, relational awareness, different ways of knowing and multiple lenses and perspectives provide the tools to understand, recognise and integrate across complex global dynamics.

Rules in one country often disappear or transform in another in the same way that business ideas emerge from ideas that are developed in one part of the world but are highly valuable in another. Learning to deal with change and moving from a sense of loss to a stage of transformation create a base of experience that can help Global Cosmopolitans manage change in organisations or start compelling new ventures.
Read more at http://knowledge.insead.edu/blog/insead-blog/how-to-learn-from-a-global-life-4134#vhuKJ3PTaI77m75s.99

Linda Brimm, an INSEAD Emeritus Professor of Organisational Behaviour and the author of Global Cosmopolitans, http://knowledge.insead.edu/blog/insead-blog/how-to-learn-from-a-global-life-4134#vhuKJ3PTaI77m75s.99